Climate Change: Why What We’re Currently Doing Is Not Enough 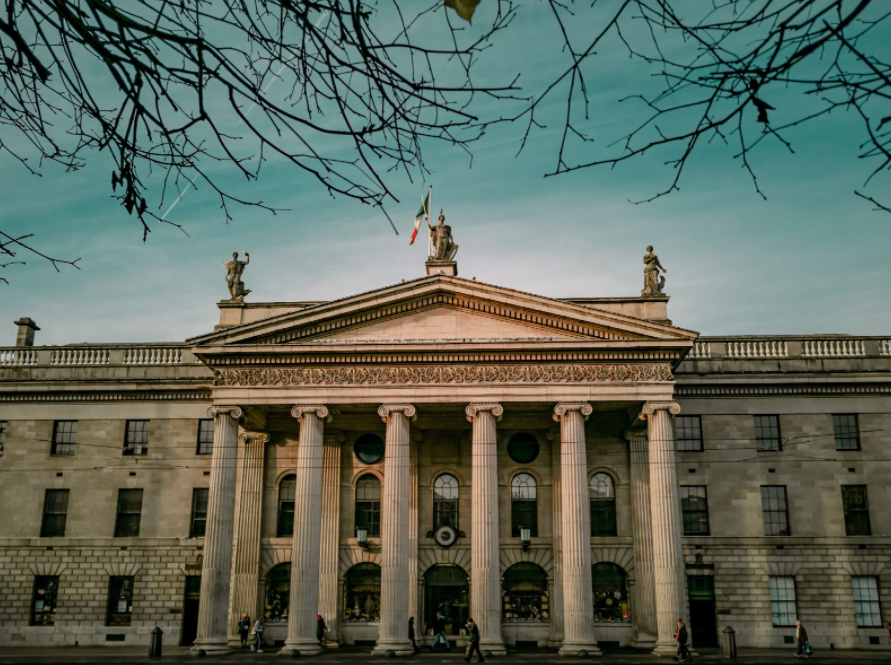 On May 19th and 20th, 2021, RINNO’s Antonia Egli attended the virtual Dublin Climate Dialogues featuring high-profile speakers like John Kerry (US Special Presidential Envoy for Climate), and Mary Robinson (Adjunct Professor of Climate Justice, Trinity College Dublin, Chair of the Elders, and former President of Ireland). The two-day event gave room for discussions on the policy and technological developments required for the fulfillment of net-zero pledges and the 2015 Paris Agreement and culminated in a Declaration that will be presented to the COP Presidency of the 2021 United Nations Climate Change Conference.

The truth is we’re just not getting the job done – yet. Currently, if you did everything we said we would do…we’re still going to see warming of about 3.7 degrees or more.

The Dublin Climate Dialogues took place on 19 May, 2021, against the backdrop of insufficient action to mitigate climate change: society as a whole desperately needs to limit the Earth’s warming to no more than 1.5°C within the next decade to avoid mass irreversible damage on a global scale. But even if all signing members of the Paris Agreement were to fulfill today’s current goals on time, it would still not be enough to counteract current damages. And while the world rightly focuses on COVID-19, climate change has resulted in 9 million premature deaths per year, nearly three times more than the pandemic. COVID-19 is immediate; we feel its impact on our lives, society, and economies, while exponentially worsening climate consequences for the global community are predicted to result from a mere 0.1°C increase. Are we the oblivious frog in boiling water?

Why We Aren’t Acting on Climate Change 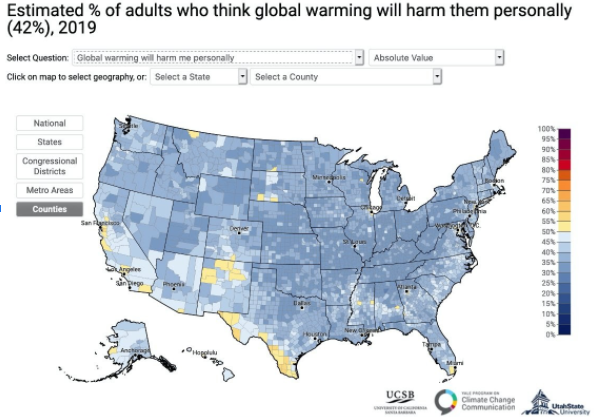 Solution aversion is similar: People are more likely to deny problems when they don’t like their solutions. There are two aspects to this phenomenon, both of which impact our response to warming climates. The first is tangible solution aversion, which comprises the changes in lifestyle required to curb individual carbon footprints which we feel in what we eat, how we travel, what and how much we buy and so on. The second is ideological solution aversion and is particularly prevalent in the US, where many citizens have built their identity on politics that often mingle with a specific climate change position. Professor Hayhoe suggests that this is a difficult hurdle to overcome and requires bonding with people over other common topics and disentangling climate change from politics as a whole in order to better communicate its urgency.

Many people worldwide, more often than not the poor, do not have the luxury of psychological distance and solution aversion. Those living in the world’s poorest countries face the environmental consequences of climate change to a degree unclear in most Western countries, but are largely powerless to change the wider trend. Research shows that the Global North is responsible for 92% of all excess global CO2 emissions while heavily relying “on the appropriation of labour and resources from the Global South for their […] economic growth…[in ways which] harm the Global South disproportionately.” Mia Amor Mottley (Prime Minister of Barbados and Co-Chair of the Development Committee of the World Bank) has highlighted that Pacific island states currently receive only 2% of global resources in financial support to battle climate change. These nations rely on tourism and travel – sectors largely devastated by COVID-19 and climate change.

It is, however, wrong to focus solely on the economic impact. Mary Robinson (Adjunct Professor of Climate Justice, Trinity College Dublin, Chair of the Elders, and former President of Ireland) and Enrico Letta (Leader of the Italian Democratic Party and former Prime Minister of Italy) emphasise that the urgency of climate change has always been raised by the world’s poorest countries. In addition to economic dangers, we must also consider the ripple effect on issues like gender inequality, intergenerational encroachment, intensified climate refugee waves, industrial, technological and intellectual property imbalances, and insufficient access to natural resources in the southern hemisphere. All these issues are forecast to increase with ongoing global environmental damage.

What Actions Can We Take to Curb Climate Change?

In May 2021, the International Energy Agency published a Roadmap To Net-Zero Economies. To reach net‐zero CO2 emissions by 2050 requires a wide range of layered solutions including (1) energy efficiency, (2) behavioural changes, (3) electrification, and (4) greater use of renewable energy sources and bioenergy, and (5) carbon capture, utilisation and storage (CCUS).

Solar, wind and energy efficiency deliver around half of emissions reductions to 2030
in the NZE, while electrification, CCUS and hydrogen ramp up thereafter
(© IEA, 2021)

Buildings in Europe, as in many advanced economies, have substantially longer lifetimes than less developed countries. By 2050, over half the building stock will still be in use. EU building stock accounts for 40% of the EU’s energy consumption and 36% of its green house gas (GHG) emissions. Net-zero emissions require significant commitments, both psychologically and financially, to the deep renovation of these buildings. The key actions for existing buildings are (i) reducing the demand for heating and cooling via renovation of the building envelope, (ii) using new low-energy consuming equipment in general (and specifically using more energy efficient heating equipment), (iii) increasing uptake and use of renewable energy sources, and (iv) adopting  “smart buildings” (European Commission, 2020). RINNO contributes to accelerating the rate of deep renovation in the EU by reducing the time, effort and cost of deep renovation while improving energy performance and stakeholder satisfaction. We do this by designing, developing, and demonstrating a novel open renovation platform for managing and delivering deep renovation projects for residential buildings from planning and design, through to retrofitting, operation and monitoring.

Full recordings of the Dublin Climate Dialogues can be viewed here, while ongoing updates on COP26 can be followed on Twitter. RINNO is a Horizon 2020 project that aims to considerably accelerate the rate of deep renovation in the EU by reducing the time, effort, and costs involved in deep renovation projects. In a collaborative effort of 17 partners from industry and academia, RINNO will deliver an open renovation platform for the integrated design and delivery of deep renovation projects.
To keep up to date with project updates you can following H2020-RINNO on Twitter, LinkedIn, Facebook. You can also sign up to receive email updates: