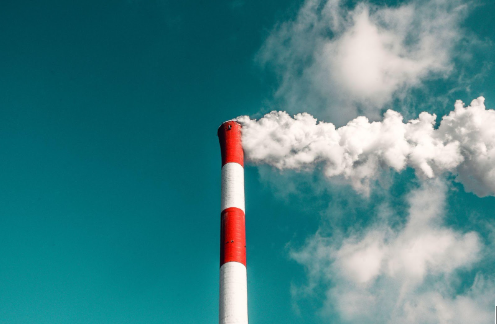 RINNO’s Joanna McGowan joined the Dublin City University Centre for Climate and Society inaugural conference in May – as did Michael D. Higgins, President of Ireland. Read on for our key takeaways and insights into what governments and corporations alike can and must do to tackle the climate crisis.

Let’s Begin with the Basics: What is Climate Justice?

Rose Wall (Community Law and Mediation) began her talk at the Dublin City University Centre for Climate and Society inaugural conference by determining a logical baseline: all climate change policy making efforts must originate from a human rights context. In line with these and as described in Community Law & Mediation’s most recent report, environmental justice is defined as:

“The extent to which the physical and economic burdens of pollution and degradation, as well as environmental benefits, are equitably distributed across society, both spatially and temporally, and the degree to which individuals and communities most vulnerable to environmental risks can access and participate in relevant decision making.”

To offer a comparison, marginalised communities particularly in the Global South are currently the smallest contributors to rising greenhouse gas (GHG) emissions, but are being hit hardest by climate change. This isn’t the first time RINNO has underlined the necessity of climate justice within regulatory spaces, but Rose brings the point home once again. Climate policies must follow environmental justice efforts in that they (1) connect marginalised communities and (2) are accessible and meaningful to these communities. All policies require a sense of accountability to avoid laws being passed but not implemented, and must always be specific in their targets.

But what does this mean for local groups? Irish communities for example largely run the risk of energy poverty and would be negatively impacted by new or rising carbon taxes. This is an example of carbon pricing, which the UN Framework Convention on Climate Change defines as a fee on emitting and/or an incentive for emitting less GHG emissions. However, according to Dr Goran Dominioi (DCU School of Law and Government), carbon pricing in many parts of the world is not ambitious enough to effectively combat climate change. In fact, less than 25% of GHG is taxed under carbon pricing. Climate change policies must respond by supporting these communities with financial income aid and in particular respond to public resistance to carbon pricing by recycling collected revenues into public financial support. In concrete terms, Community Law and Mediation suggests that this could take the form of:

Sharon Finegan, Director of the Environmental Protection Agency, is experienced in developing legislature. Reflecting on her time active in the Irish government during the 2008 economic recession, she believes that past learnings can be applied to the current climate crisis. In retrospect, immediacy, public attention, and public finances drove the response for policy change and will offer insights for the similarly urgent issues we are facing today. Ultimately, there is ample opportunity to tie climate action across many other parts of society to help increase policy impact on a smaller community level.

But accountability towards the climate crisis isn’t only an issue within legislative bodies. Global greenhouse gases reached their highest levels in 2021 and corporations are seen by many to be a key contributing factor to this increase. Research suggests that some of the world’s leading corporations continue to fail their claims to reach net-zero emissions targets by over 60%. The one question to ask in response to this lack of substance: what are corporations doing to reduce their carbon footprints?

“We are all dependent on our environment remaining stable”, explained Ali Sheridan, Sustainability and Climate Advisor. This statement is key for corporations and citizens alike, as both require a stable environment to conduct business and live, and delivers a base argument as to why more transparency is required amongst corporations in regard to their carbon reporting.

Dr. Aideen O’Dochartaigh elaborates that although most corporations are now counting their carbon emissions, setting targets, and recording their performance, transparent reporting is still lacking. It is currently difficult to find information about individual corporations’ carbon emissions due to a tendency towards announcing new targets to distract from the fact that previously set targets weren’t met. Corporations’ reactions to not meeting carbon targets in turn often lead to a reliance on carbon offsetting instead of further pursuing a reduction in their own carbon footprint, a so-called ‘carbon tunnel vision.’

What can Corporations do to become Climate Leaders?

This lack of transparency is commonplace amongst corporations today. Dr. O’Dochartaigh suggests that companies must sign accountability to carbon reporting, as leadership will come only from acknowledging responsibility for carbon emissions. Laura Wadding underlines that corporations should take advantage of an opportunity and publish their climate reports now instead of doing so upon request (or legal action) in the future. Releasing reports voluntarily will instill more confidence in the public that corporations are indeed taking real action against climate change.